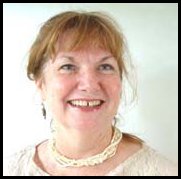 October to December, 1987 -- “Haitian Art,” Museum of Art in Fort Lauderdale, Florida. Fourteen paintings from my collection were on display. I lectured to the docents and led a Saturday morning tour of the show for children.

January 17 to February 24, 1988 -- “Haitian Art: An Exhibition of Paintings, Steel Drum Cut-Outs and Voodoo Flags,” Fine Arts Museum of the South in Mobile, Alabama. Forty-five works from my collection, including a wall of fifteen Haitian voodoo flags, were on display. I wrote the essay for the accompanying brochure and traveled to Mobile to inaugurate its brown-bag lecture series with a speech and slide show on Haitian art.

November 3, 1988 to January 8, 1989 -- “Haitian Voodoo Flags,” The Art and Culture Center of Hollywood in Hollywood, Florida. Fifty Haitian voodoo flags, all but one from my collection, were in this show that I guest-curated. I lectured at the center about Haitian art, instructed the docents, and wrote the essay for the brochure.

March 10 to May 28, 1989 -- “Where Art is Joy: Forty Years of Haitian Art,” Museum of Art in Fort Lauderdale, Florida. The only exhibit mounted in light of the publication of Selden Rodman’s seminal book of the same title, it was co-curated by Rodman and me. I designed the catalog, wrote an essay for it, solicited works from South Florida collectors and compiled the list of 140 artworks in all media for the catalog. Works from my collection were on display, including several Haitian voodoo flags on a wall of 20 voodoo flags showcased in one room of the exhibit.

November 11 to December 20, 1991 -- “Sequinned Surfaces: Vodoun Flags from Haiti,” Art Galleries at California State University in Northridge (Los Angeles), California. Fifty-one voodoo flags, all but four from my collection, were on exhibit. I wrote an essay for the catalog.

February 2 to March 1, 1992 -- “Sequinned Surfaces: Vodoun Flags from Haiti,” Memphis Brooks Museum of Art in Memphis, Tennessee. I was a guest lecturer at the museum.

March 12 to April 25, 1992 -- “Saint Soleil: New Expressions in Haitian Art,” Center of Contemporary Art in North Miami, Florida. Fourteen paintings from my collection were on display. I gave lectures and showed slides of Haitian voodoo flags.

October 28 to December 4, 1993 -- “How the Spirit Moves: Haitian Banners and Bottles,” Center of Contemporary Art in North Miami, Florida. As guest curator, I gathered Haitian voodoo flags, bottles, metal sculptures, and paintings from eighteen collectors in four states. I wrote the essay for the brochure, the signage explaining voodoo symbols under each item, and lectured about the exhibit. According to art critic Helen L. Kohen, writing in the Miami Herald, “ ‘How the Spirit Moves’ is probably the most dazzling show ever to grace the walls of the Center of Contemporary Art in North Miami, an exhibition of sequined and beaded Haitian banners and bottles that transforms the gallery into a sparkling fairyland. The labeling can make an expert of every visitor.”

August 1 to 30, 1998 -- “Haitian Celebration,” at ArtServe in Fort Lauderdale, Florida, was co-curated with three other people and featured paintings, voodoo flags, and sculptures from my collection.

May 5 to July 16, 2000 -- “Haitian Celebration: South Florida Collects Haitian Art” at the Coral Springs Museum of Art in Coral Springs (Fort Lauderdale), Florida. As guest curator, I gathered paintings, sculptures and voodoo flags from South Florida collectors. I also designed and self-published a full-color, 16-page catalog featuring essays by renowned film director Jonathan Demme, Haitian art authority Selden Rodman and myself along with artist biographies and a list of books for further inquiry.

May 10 to September 7, 2001 -- “Sak Pase,” MIA Gallery at Miami International Airport in Miami, Florida. As guest curator, I supplied paintings, metal sculptures and voodoo flags from my collection for the show, the city’s first official recognition of May as Haitian Cultural Heritage Month. I also wrote the essay for the catalog.

2001 to 2003 -- “Sequinned Surfaces: Haitian Vodoun Flags,” a three-year national (and beyond) touring exhibition via ExhibitsUSA with fifty-one voodoo flags from my collection. Venues included the Saidye Bronfman Center in Montreal, Canada and Brigham City Museum Gallery in Brigham City, Utah. I provided educational materials, wall signage, and an essay for the brochure.

May 9 and 10, 2003 -- “Haitian Vibrations,” Toussaint L’Ouverture High School for Arts and Social Justice in Delray Beach, Florida. I provided the artwork for sale to benefit the high school

February 1 to May 31, 2004 -- “Haitian Inspiration: Color and Life in Haitian Paintings” at North Dade Regional Library in North Miami, Florida. As guest curator, I provided 20 paintings in key genres along with wall signage.

April 3 to May 29, 2004 -- “Haitian Inspiration: Sequins and Beads Speak of Spirits” at the Main Library in downtown Miami, Florida. As guest curator, I provided 51 voodoo flags from my collection along with explanatory wall paragraphs about each one. I also lent a selection of voodoo bottles. I gave a lecture and gallery walk-through to visitors.

September 21 to November 7, 2004 -- “Sequined Surfaces: Haitian Vodou Flags” and “Paintings from the Candice Russell Collection” at the Boca Raton Museum of Art in Boca Raton, Florida. Art for both exhibitions I curated was provided from my collections. Docent lectures and gallery walk-throughs were part of my educational outreach efforts to the community. I wrote the wall texts under each item and the essay for the brochure available free to visitors.

May 19 to July 23, 2006: “Allegories of Haitian Life From the Collection of Jonathan Demme,” Bass Museum of Art, Miami Beach, Florida. This was the sole venue to showcase the personal collection of this U.S. film director. A full-color catalog of the same title was published in conjunction with it, including descriptions of each work and a long essay by me, co-curating the exhibition with Axelle Liautaud.

April 19 to August 18, 2013: “Sequinned Sentinels: Haitian Vodou Flags from the Collection of Candice Russell,” Museum of Florida Art in DeLand, Florida. Thirtyone Vodou flags from my personal collection, along with pakets congo and Vodou bottles were on display. I guest-curated the show, wrote the brochure, and wall signage. I also conducted two gallery walks to museum visitors, both of which were sold out.

May, 2014: “Haitian Art Celebration,” a multi-media exhibition of Haitian art in all media, guest-curated by me at the West Regional Library in Plantation, Florida.